Longevity Metabolism: What is means for you

What Is Longevity Metabolism?

First let’s get some definitions out of the way. I describe longevity as attaining “More years to our life and better life to our years.” Metabolism I will grossly simplify as the balance between what we organisms use or burn and what we build or store—metabolism is the energetic yin and yang of biological life forces.

I entered naturopathic medical school out of the 1980’s when the dominant theory for longevity centered on anti-oxidants. My nutrition professor even developed a supplement line highlighting these select nutrients. Like all great theories in science though, the truth wasn’t so true. Let me explain what I have learned about longevity and our human metabolism.

Slow metabolism for longevity, or not?

Let’s start nearly a century ago. Biostatistician Raymond Pearl observed the effects of caloric deprivation on domestic animals. Based upon his small sample, Pearl argued that metabolic rate determines longevity and termed it the “Rate of Living” theory. The organisms or species with the fastest metabolism bred more swiftly in their lifespan and died younger whereby the species with slower metabolism, lived longer. “Live fast, die young” summarizes this observation.

Anti-oxidants for longevity, or not?

Then in the mid-1950’s, Dr. Denham Harmon proposed a mechanism to explain how the rate of living theory might work, postulating that oxygen radicals cause damage resulting in aging and death. This gave “a certain molecular respectability” to Pearl’s idea, states mathematical biologist, Lloyd Demetrius, an associate of the department of population genetics in the Museum of Comparative Zoology.

But time does not support the theories above. For one, antioxidant supplementation does not increase longevity. Some birds with twice the rate of metabolism of equivalent-size mammals, which should live half as long, instead live at least three times longer. Furthermore, in some experiments, caloric restriction had no effect on metabolism, and might even increase it. If a slowed metabolism is not the reason mice and rats on a restricted diet live longer, how can the phenomenon be explained?

Enter Demetrius again, he postulates that the rate of aging is determined not by metabolic rate but by metabolic stability, which is a measure of a cell’s ability to maintain stable ratios of certain critical cellular metabolites in the face of stress[i]. Turns out, we humans are pretty good at this. When we face stresses, like caloric deprivation or other environmental influences, our cells manage fairly well and our health does not gravely suffer.

This does not mean that caloric deprivation will not extend life in humans. If a population were to reduce calories significantly, by about 30%, people would live longer. But this is nearly all attributed to the statistical reduction of two disease conditions; diabetes and weight associated cardiovascular disease. Research continues to pursue the caloric deprivation theory and links certain mechanisms—The reduction in circulating insulin level is likely a key mechanism toward an extended life span. Low insulin levels have been associated with people who live for more than ninety years. I discuss insulin sensitivity at length in The Blood Code. Reversing insulin resistance is a first step toward any longevity lifestyle—through regular diet and fitness activities, your Blood Code Panels should reflect better insulin sensitivity. Your HOMA-IR should approach 1.0 and TG:HDL should be in the 0.5-1.0 range.[ii] [iii] [iv] [v] By correcting insulin resistance, the shortened life span attributed to heart disease and diabetes will reduce. So now what?

Can we enhance metabolic stability in ourselves? Or, are there things we are regularly doing that compromise our generally good human metabolic cellular stability? 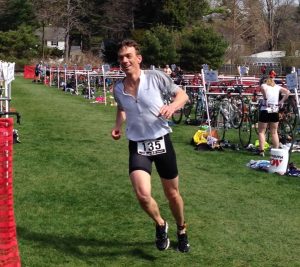 Are marathons making me worse?

My conversation with Art Devany at the PaleoFX 2017 conference has me suspicious about an activity I am guilty of indulging in. Long distance aerobic activity. Seen through the lens of ancestral human health and performance it makes sense. If an activity lasted for many hours, it was done at a low metabolic level—think hiking or casual riding rather than swift running or biking at >20 mph. Alternately, high intensity, strenuous activity lasted minutes, not hours. Art Devany wrote a great book highlighting his fitness recommendations awhile back and it still speaks true. In fact, the talk about nourishing and preserving our stem cell activity throughout our lives might pivot off this type of exercise behavior. Following a presentation in Austin, I had to ask a clarifying question of Dr. 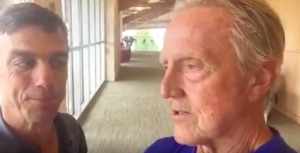 Devany. Check out our brief and informative Q & A here.

Metabolically, what is your goal? It should not be to speed up your metabolism. Nor to slow-down metabolism for longevity. Metabolic stability is the sweet spot I am personally looking for in my own life and that of my clients. For now, I do this through optimizing Blood Code numbers to assure insulin sensitivity and encouraging an exercise and fitness practice that builds strength and tone without depleting the amazing human cellular potential we all have from our ancestors.

Feel free to post comments below about how the abstract theory of “metabolic stability” translates into your life practice.