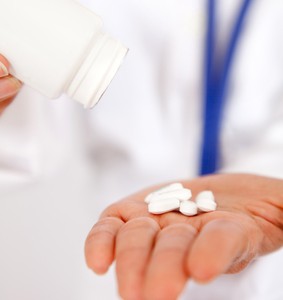 The thyroid gland has become an unruly scapegoat in the pasture of self-help and wellness. As clinicians, we can attribute fatigue, irritability, weight problem, low libido, depression, brain fog, hair loss, poor complexion, and digestive problem—to a thyroid problem. But as blame on a small set of hormones is enticing, inconveniently, it is likely false. Just today, a research report released results that treating subclinical hypothyroid with thyroid hormone did not reduce the cardiovascular complications that were linked to the higher TSH levels (https://www.endocrine-abstracts.org/ea/0035/ea0035oc1.2.htm). After 20 years of effectively helping people with thyroid problems through rational hormone prescriptions and lifestyle changes using The Blood Code Method; Here are the Five Most Important Hypothyroid Principles in My Practice. -RM

#1) Hypothyroid is usually only one part of your thrifty expression.   The human environmental conditions that favored a hypothyroid tendency historically and genetically also favored insulin resistance.  Therefore, it is common to see these two conditions in the same person.  This is the reason why many people continue to have weight and associative problems even after they are on a baseline corrective dose of thyroid medication.  It is wrong to expect a thyroid treatment alone to correct a weight or blood sugar problem.  Everyone with legitimate hypothyroid should properly assess themselves to see whether they trend toward a thrifty storage of glucose and fat—aka. insulin resistance.

In a substantial subset of people, insulin resistance causes high normal TSH.  Researchers over the past decade have concluded that the elevated heart disease risk, and higher TSH levels, were secondary to the effects of insulin resistance and the TSH had no bearing on the thyroid gland.  Not surprisingly, the addition of thyroid prescriptions to those with mildly elevated TSH has failed to lower the cardiovascular risk markers in several studies.  So the “risks” associated with upper normal TSH were the effect, not the cause.  Drugging the body into lower TSH levels is not clinically beneficial.

TSH above 6 uIU/mL is likely to be part of an established hypothyroid diagnosis.  Between 5-6 uIU/mL is borderline and TSH levels below 5 are more likely a result of non-thyroid influences.

#3) Blood tests are important – despite claims that hypothyroidism should be a symptom-based diagnosis. Typical hypothyroid symptoms are non-specific (shared by many other conditions)—the lists of symptoms on some Internet questionnaires are so liberally inclusive as to be worthless.

#4) Some hypothyroid symptoms can be treated with lifestyle.  Therefore, lifestyle should be imperative treatment for anyone given thyroid medication treatment for hypothyroidism.  There are some habits that need to be enacted when you have hypothyroid.  Exercise is best done in the morning – since the T-3 driven cellular mechanisms may not do this as effectively for you.  Resistance exercise needs to be done regularly because your body is quicker to lose condition than someone who has a higher basal metabolic rate.  Exercise is the great equalizer between those with and those without hypothyroid.

#5) Nutrition is not a “treatment” for hypothyroid, but can be a cause.  This statement may seem like a contradiction, but let me explain.  If you are deficient in certain nutrients you might not have the building blocks for the hormones and enzymes that are critical for thyroid function.  With your diet and any nutrient supplementation, you need to assure that you are not deficient in the microminerals zinc, iodine and selenium.  Tyrosine and vitamin D must be adequate.  Beyond basic nutritional repletion, there is not a miracle nutrient that cures or resolves hypothyroidism.  Due to the insulin resistance tendency though, a diet that tends toward low carbohydrate is better than one that is higher.  You may need a more extreme version than others – this should be assessed with proper blood tests in The Blood Code.

Hypothyroid is too often the gland that is blamed for non-thyroid conditions.  The fall guy might just be doing it’s job better than expected. For more information and a full list of citations: See The Blood Code: Unlock the secrets of your metabolism (Dr. Richard Maurer, 2014)