My Labs from Prediabetes to Normal – What’s Yours? 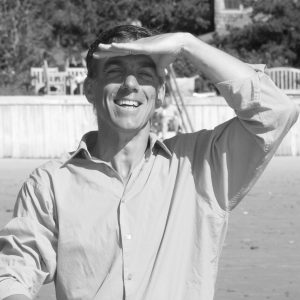 The Blood Code book, and my specialty in metabolism, are both for you and, selfishly, for me too. My mother was type 2 diabetic at 60 years old but remains non-diabetic in her 80’s. With a role model both willing to take the low-carb and fitness advice AND make it part of every day life, I have no excuse not to walk my talk. Therefore, I thought I’d share my numbers, from prediabetic to normal, over the prior 8 years for you here.

TESTS I RUN ON MYSELF: I have run the Metabolic discovery panel at ULTA Labs once or twice per year over the years. I was approaching my mid-forties when my prediabetic #’s appeared on the blood tests. Not wildly surprising since my mother had her type 2 diabetic #’s appear when she was about sixty. Research has found that for three generations now, each generation has developed type 2 diabetes about fifteen years sooner than their parent. I really thought I was different, I am lean and active and the bread I was eating was a really good sour-sourdough. The fact is, I was acting when it was PRE, rather than waiting another five years for it to be a diagnosis of type 2 diabetes (fasting Glucose > 124 OR HgbA1c > 6.4%).

PREDIABETES is it’s own condition and disease state: Why catch it as prediabetes? It is no surprise that researchers have concluded that atherosclerosis and all heart disease measures are worse in people who have type 2 diabetes compared to those with normal blood sugar numbers. But the findings are more striking…70% of the atherosclerotic disease that occurs in type 2 diabetics occurs BEFORE blood sugar levels reach the type 2 diabetic threshold. Instead, the heart disease progresses with blood sugar levels in the “pre-diabetic” level (HgbA1c 5.7%-6.4%). I refer to this condition as “Type 2 diabetes, stage one” rather than prediabetes.  “Pre” sounds like it is not yet harmful, but you can bet I wanted to reverse it, and I hope you would too.

I followed my own advice from the The Blood Code. I ate a low carbohydrate and high fat diet and reduced the amount of aerobic exercise I was doing in favor of more resistance and weight training. Not a lot mind you, but enough. I am no body builder, but it amazed me to see how LESS time invested into exercise, albeit smarter workouts [Like what Jeff and I put together a couple years ago available here], resulted in my TG:HDL being at the best ever. And my back pain resolved by gaining better core strength and form. My initial TG:HDL of 1.1 was not bad of course, but with how lean and active I was, the ratio should have been <1. I was clearly NOT as strong as I needed to be for my inner health or outer performance.

Do notice that results were not immediate. It takes time, years. But if there are improvements from year to year, well isn’t that a nice way to age. Not necessarily younger next year, but healthier. Let’s find your journey – I remain your fellow health traveler.