RED MEAT IS GREAT FOR YOU…Or was that last week?

The American Cancer Society – this week (Nov 2015) – reinforced that the red meat link to cancer is non-existent when processed meat is not included in the data, and even when it is, the correlation is weak. Why does processed meat offer a small but measurable risk?  Here is an except from The Blood Code that answers this question.

While I believe that you should not be in the top 20 percent of people who eat processed meat, the 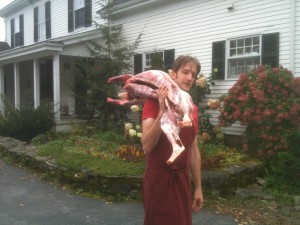 demonization of red meat should stop, given the current data. Results from a 2010 study have been consistent with many others that followed: “Consumption of processed meats, but not red meats, is associated with higher incidence of CHD and diabetes mellitus. These results highlight the need for better understanding of potential mechanisms of effects and for particular focus on processed meats for dietary and policy recommendations.”[i]

So what’s so bad about processed meat? In my book, The Blood Code, I do not attempt to offer a definitive answer for why processed meat—or any other processed food, for that matter—is harmful to your health. Suffice to say that processing foods with methods that have not been tried or tested over many generations is a risky venture. Traditional cuisine is safer. I don’t know the precise variable or set of variables that make processed meat so unhealthy. Is it the preservatives; the excess salt in relation to other mineral nutrients; or the oxidation and degradation of the fats due to excessive handling, transport, and storage times? Is it the packaging materials, or the growing, feeding, or slaughter conditions? Is it the addition of oxidized “pink slime” or other processed food protein to boost the leanness of the final meat product beyond what is normally found on the animal?

Simply stated, I believe that processed food is not healthy, and that includes common sandwich meats and things like “Clucko-Chicken-Bites.” This may sound obvious to many of you, but now conclusive research is on your side.