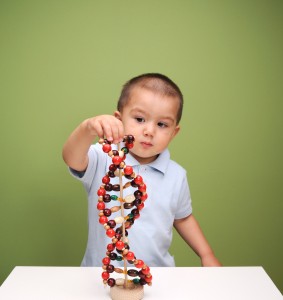 I was referred to a recent presentation on “The World” about the growing incidence of type 2 diabetes in Camobodia. Their conclusion was to point to the genetic vulnerability to the disease.

Since 1992, the human genome has been shedding light on genetic association with diseases.  Some have been known for a long time.  Down’s Syndrome is known as trisomy 21.  Down’s occurs if there is a specific mutation on a specific location of a specific gene.  The hope was to find the genes for common chronic conditions, but type 2 diabetes is not like a “disease” genetically.  We have erroneously called a preferred survival trait over time – a disease.  Instead of a mutational “mistake” in our body, type 2 diabetes is a tremendous advantage.  Most places on the planet have presented with a “protective” insulin resistance gene mutation, allowing those affected to survive periods of caloric restriction.  Because most cultures over time have needed this mutation, the specific location of the insulin resistance gene isn’t so “specific”.   As of 2010, there were 38 genetic locations associated with insulin resistance.  This number continues to rise as new associations are made.

So what does this mean?  It means we must ignore news headlines that ridiculously claim, “New Gene Found that Causes Type 2 Diabetes.”  Diabetes/Prediabetes is not a genetic disease.  It is not some genetic defect that requires correction with medication.  It is a planned and advantageous trait that is more common in Americans than having blue eyes.  So we need to embrace our historically relevant genetics and live in accordance with it.  The disease is the diet and lifestyle that we have recently adopted, with excess calories, no period of starvation and minimal activity.  Our cure is not to be found in the halls of some genetics lab, it is in the Blood Code and appropriate carbohydrate restriction relative to your blood test results and body fat caliper measurements.  Your cure requires daily strenuous mixed exercise, and eating (only) two to three times per day.

Empower yourself with your Blood Code – RM